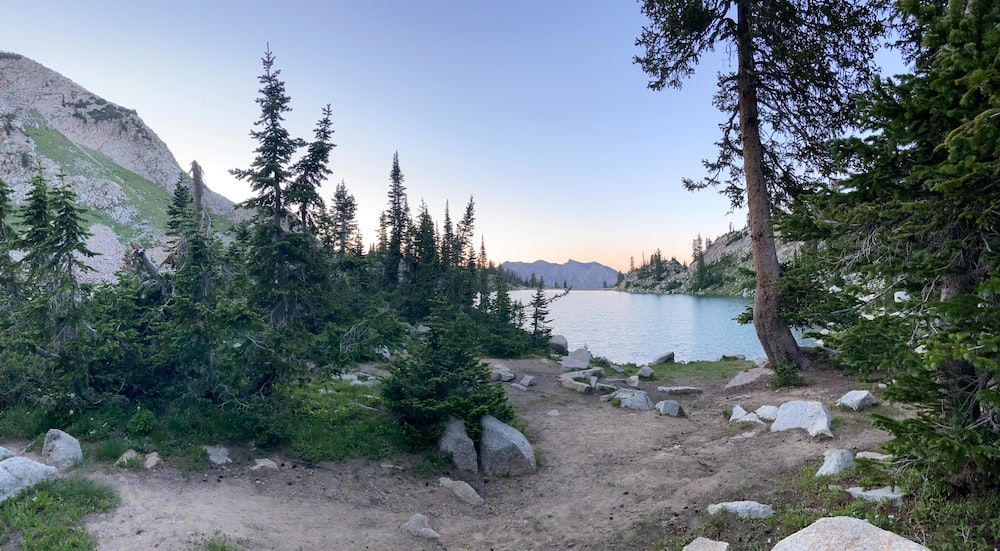 For those of you who don't know, I live in Salt Lake City. The surrounding area has so many opportunities for recreation, including some incredible hikes in the Wasatch Mountains. I have been exploring so much it feels yet I have barely scratched the surface of what is located right in my backyard. On this day's agenda was my first trip down Little Cottonwood Canyon. My friend Trenton and I were set to hike to White Pine Lake .

We got to the trailhead around 9am and started our journey. I will forever recommend starting hikes in the morning because the ascent is in the shade.  When the sun climbs higher in the sky later, you will be descending and the warmer temperatures won't be as bad.

The beginning of the trail was easy enough with little elevation gain. This made it a great way to get the legs warmed up and ready for the later parts. Eventually, we reached the point where the trail splits. This spot is landmarked by a flowing river that kicks up a cool mountain breeze. We took a moment to stop and admire the flowing water before moving on.

After the fork, the trail begins the climb higher. This part wasn't too bad though as the trail was almost like long switchbacks. At every turn, we saw better and better views of the mountains behind us. There was a sharp contrast between the red and white rock near the peaks that was so beautiful.

Although I love hiking alone too, it was nice to be with someone else for a change. Trenton and I talked about our various hobbies, goals in life, a lot of soccer, and so much more. It made the elevation gain that much more enjoyable. For me too, it gave me someone else to use as a subject for a few of my shots for my Youtube video of the hike.

After hiking through the woods and some meadows, the very end of the hike opens up and is much more exposed. This was the hardest part as it was steep and quite rocky. There were no kinds of scrambles or anything serious like that, it just was tiring on our lungs and muscles. This really made me question what my manager said about this being slightly easier than Red Pine Lake!  As a reward for our tough ascent, the views got better and better. I do not have pictures of this portion, but I would plug my video one more time if you wanted to see the sites! :)

Finally, we reached White Pine Lake which was a crystal clear blue color. The same mountains from earlier were the feature backdrop of this gorgeous alpine lake. We took our packs off and enjoyed some granola bars while watching trout dart around near the banks of the lake. The views certainly made the hike worth it.

After enjoying the scenery, we turned back the way we came and began to descend down the mountain. Admittedly, this part was not as fun as hiking up. Even though it was faster than going up, it was still hard on our knees and feet. We had seen the views already and the sun was beating on our backs. It was a relief to finally reach the parking lot where we began.

Still, there was little else I would have rather done. Once I reached my apartment, I enjoyed a nice lunch, feeling accomplished with my morning hike to White Pine Lake. 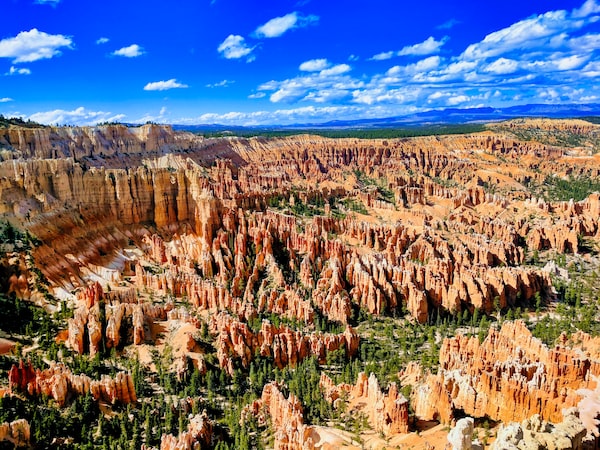