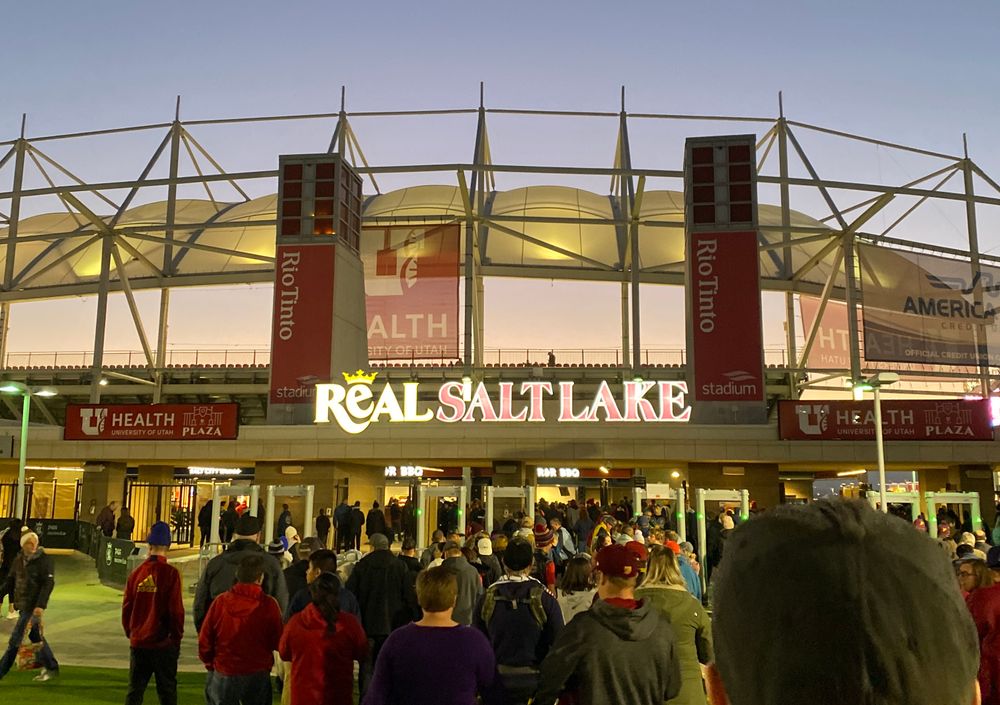 Well, my planning blog I wrote last weekend got my brain juices flowing, and ended up resulting in two separate experiences last weekend.

I was writing that blog while watching the English Premier League. After I pressed 'post', I thought to myself, "hey, whenever I go to work I go past the Real Salt Lake stadium. I wonder if they play soon." I hopped onto the internet and sure enough, they played that exact night at home against the Colorado Rapids. I hit up my friend and we bought tickets then and there. A plan came together in the span of 20 minutes.

Later that day, we headed to the stadium. The areas around the stadium all charge for parking which was kind of annoying, but we paid $10 to park because our tickets were only $30 each. For that cheap, we had some really great seats!

The ref blew his whistle and Real Salt Lake vs. the Colorado Rapids kicked off. I made an entire video of my experience that relays the atmosphere of the stadium better than words could describe so I encourage you to check that out!

Soccer is my favorite sport so just being at a live match is such a joy for me. I analyze the strategy behind the formations and marvel at some of the touches and plays these professional players pull off. The game absolutely delivered more than I was expecting. Real Salt Lake (RSL) scored almost immediately taking an early 1-0 lead. After that, Colorado controlled much of the game, threatening to equalize. However, in the second half, RSL scored again, making it 2-0. Colorado hit the post twice, RSL had a narrow miss and a shot cleared off the line. Colorado did end up scoring, unnerving the fans in the stadium as they were within a goal at 2-1. It was a back and forth affair throughout the entire 90 minutes. Thankfully, in the 96th minute, RSL scored again, sealing the game. That goal sparked the celebration around the stadium. The fans sang out Real Salt Lake's song as I clapped along, soaking in the moment.

It was a big win. Colorado was in 3rd place with RSL trailing in 5th. The race for the playoffs is tight so RSL needed that win. Also, Colorado Rapids are RSL's rivals from what I could tell. Having only the Rocky Mountains between Salt Lake City and Denver, the proximity certainly creates tension in the sporting world.

Overall, the spur of the moment decision to catch a match was a great decision in retrospect. I had an awesome time at my first professional sporting event in Salt Lake City, and I certainly expect to catch more matches in the future. Next, I gotta get into Vivint Arena to see a Utah Jazz game!